A body moves between any two instants of time following a circular path with a radius of 5 meter, as you can see in the figure. 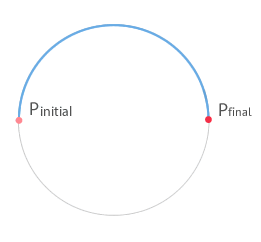 1. We are in a similar situation to the following figure: 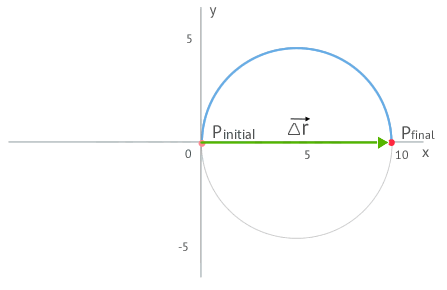 We could have calculated it analytically, starting with the expression of the displacement vector   y   we get:

As to the distance traveled, since the trajectory of the movement is a semicircle, its value coincides with the length of the semicircle:

2. We are in a similar situation to the following figure: 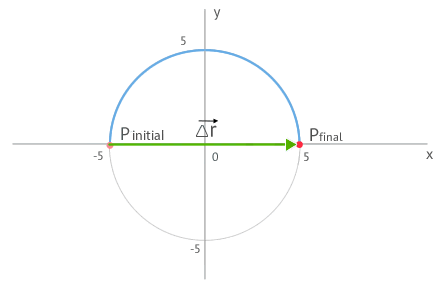 Regarding the distance travel, those calculations are the same that in the previous paragraph.