A body performs a uniform circular motion (u.c.m.) when its trajectory is a circumference and its angular velocity is constant. In this section, we are going to study the following graphs: 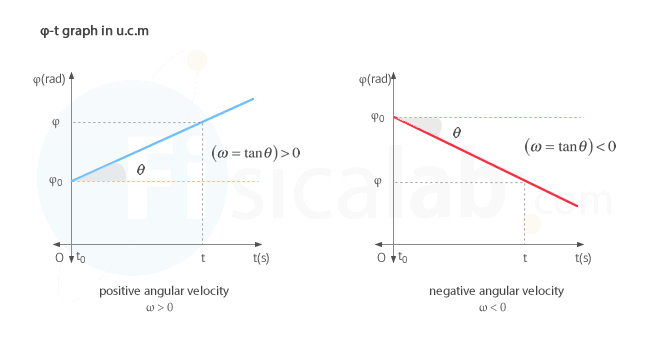 From the angle α, we can get the angular velocity ω. To do it just remember that in a right triangle the tangent of each of its angles is defined as the opposite cathetus divided by the adjacent one:

The angular velocity-time graph (ω–t) of a uniform circular motion (u.c.m.) shows that the angular velocity ω, measured in radians per second (rad/s) according to the international system (S.I.), remains constant over time. Again, we can distinguish two cases: 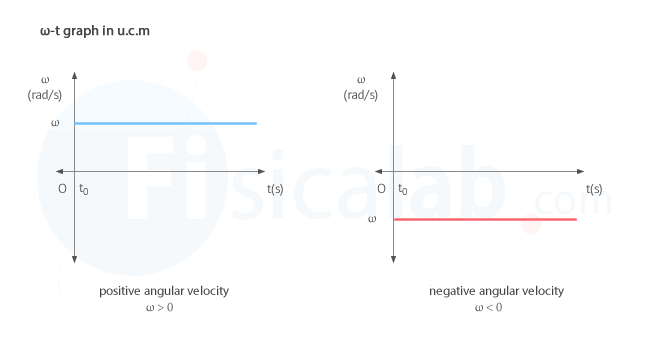 Notice that the area under the curve ω between two instants of time is the angular distance traveled, that is, the angle covered: ∆φ = φ - φ0). 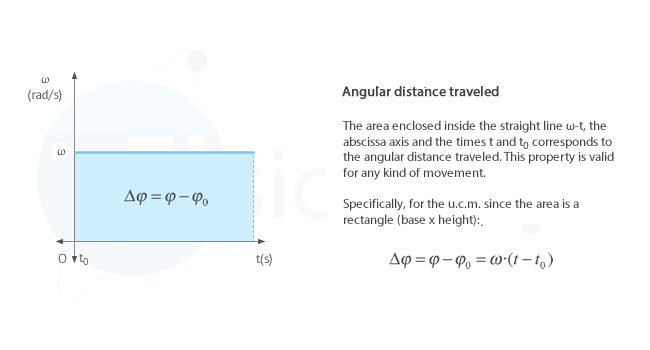 The angular acceleration-time graph (α-t) of a uniform circular motion (u.c.m.) shows that the angular acceleration, measured in the international system (S.I.) in radians per second squared (rad/s2), is zero at all times. In this case, whether the velocity of the body is considered to be positive or negative, there is only one possibility, as illustrated in the figure: 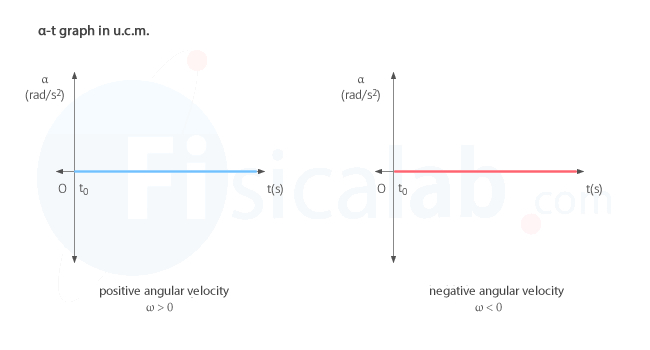