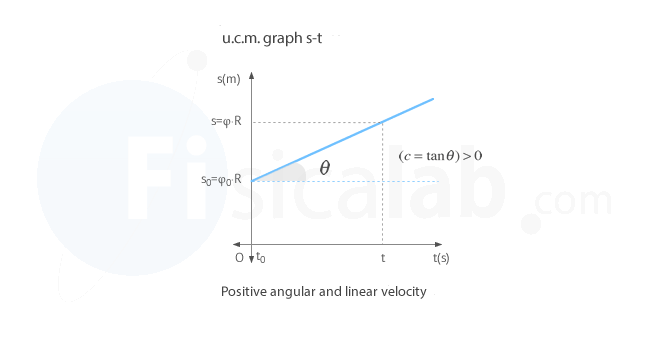 From the angle θ we can get the average speed c. To do it just remember that in a right triangle the tangent of each of its angles is defined as the opposite cathetus divided by the adjacent one:

Since velocity is directly proportional to the angular velocity and this last one is constant, the velocity–time graph (v–t) in this type of motion will also be constant over time: 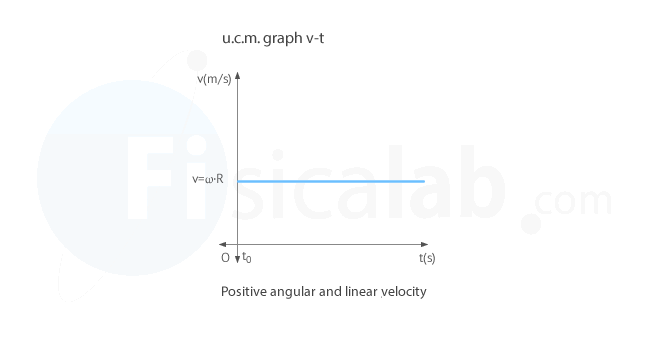 Since the u.c.m. is a uniform motion, the velocity magnitude of the body does not change so, the tangential acceleration is always zero over time. 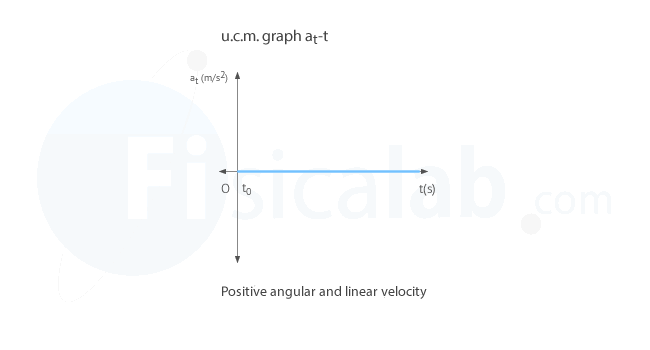 Normal acceleration in a uniform circular motion is obtained by means of the following expression:

Since the velocity is constant, the acceleration will also be constant over time. 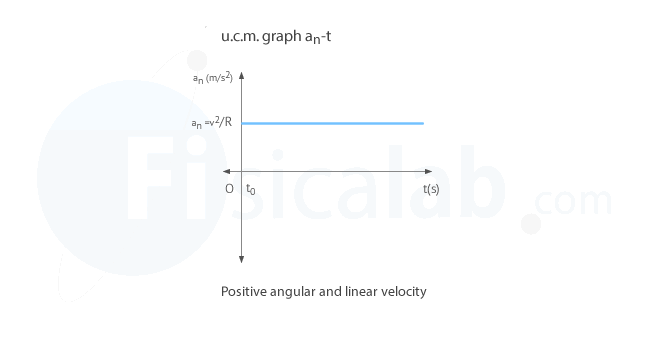